A Life Changed By Ketamine

A Life Changed By Ketamine 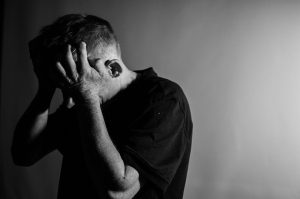 More than 16 million American adults have Major Depressive Disorder and approximately 3.3 million American adults have persistent depressive disorder (PDD), according to the Anxiety and Depression Association of America. While antidepressants and some natural therapies can help manyAmericans manage symptoms, some sufferers are having great success with IV Ketamine Infusion Therapy. Originally developed as an anesthetic in the 1960s, ketamine taken at a subanesthetic dose has shown to relieve severe depression in just a few hours.

That’s what James, a creative director at an advertising firm in New York City, experienced. Before he started ketamine treatments he had trouble focusing and his mind was often filled with dark, even violent images. He would have severe mood swings and his unpredictable moods became difficult to control.

For the past six years, James has been turning to ketamine to get relief from depression. In a story by NPR, James states ketamine has, “helped me get my life back”.

Since 2006, the effects of ketamine on the brain and the possibilities of using it as a treatment for depression have been heavily researched. Researchers at the National Institutes of Health reported on the ‘off label’ use of ketamine for treating severe depression back in 2006 and since then, Big Pharma has been testing numerous ketamine-related drugs to help depression sufferers. Doctors have started to try Ketamine Therapy on patients with depression, as well as those who have psychiatric disorders, including bipolar disorder, post-traumatic stress disorder, and even obsessive-compulsive disorder.

Experts are suggesting that IV Ketamine Infusion Therapy could be one of the biggest advances in psychiatry, a much-needed alternative to antidepressants or other drugs that often leave the sufferer with a number of side effects.

Ketamine and the Brain

James says he first sought medical help in his late 20s, mostly because of chronic anxiety and because his body was always overheating. His doctor diagnosed him with attention deficit hyperactivity disorder (ADHD) and prescribed him stimulants that helped him focus. However, James soon grew a tolerance for the drug and and they stopped working, no matter how much he took. He suffered extreme mood swings and started having violent thoughts. Eventually, he went to see Dr. Demitri Papolos, an associate professor of clinical psychiatry at Albert Einstein College of Medicine. James was then diagnosed with a variant of bipolar disorder which doesn’t respond well to traditional psychiatric drugs — but does respond to ketamine.

Papolos led a study of 45 children with the same problem as James and discovered their symptoms improved dramatically after inhaling a mist containing ketamine about twice a week. Now, scientists are confirming that there seems to be a connection between ketamine and rewiring some of the connections between brain cells. This is the same process that helps people recover from depression.

Today, James takes a dose of ketamine every day and he reports a dramatic difference in symptoms. He feels calmer and can focus with little effort. He was back at work about a month after starting Ketamine Therapy with the nasal spray. IV Ketamine Infusion Therapy also shows promise for people suffering from anxiety and depression. It’s a convenient way to treat many psychiatric problems without potentially harmful prescription drugs and treatments.

Learn more about treating depression with IV Ketamine Infusion Therapy in Los Angeles at Ketamine Clinics of Los Angeles. Call our clinic at 310-270-0625 to find out if you are a candidate for treatment.