As Heard on NPR News―Ketamine for Severe Depression: ‘How do You Not Offer this Drug to People?’

As Heard on NPR News―Ketamine for Severe Depression: ‘How do You Not Offer this Drug to People?’ 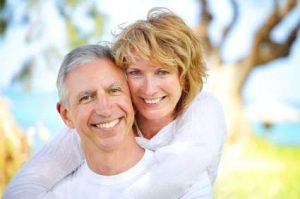 One of the most promising treatments available today for depression, which can lead to demonstrable results, is Ketamine Therapy. A psychiatry professor at Yale University, Gerard Sanacora, has successfully treated hundreds of patients suffering from severe depression using low doses of ketamine.

Although off-label prescribing of ketamine for depression is legal, but Sanacora is sometimes confronted with a question: “How can you be offering this to patients based on the limited amount of information that’s out there and not knowing the potential long-term risk?”

Sanacora answers this question with a counter-question: “If you have patients that are likely to seriously injure themselves or kill themselves within a short period of time, and they have tried the standard treatments, how do you not offer this treatment?”

A growing number of doctors now seem to agree with Sanacora’s argument. Dr. Steven Mandel of Ketamine Clinics of Los Angeles provides ketamine infusion treatments to patients of depression in Los Angeles, Beverly Hills, California, and surrounding communities and suburbs in this part of The Golden State.

Ketamine’s Potential as an Antidepressant

Ketamine Infusion Therapy is now increasingly accepted as a credible treatment for patients with depression. Thousands of patients have already benefited from this therapy. Several studies have indicated that ketamine has the potential to achieve what no other drug can: it can often relieve even suicidal depression in a matter of hours rather than days for patients who have failed to respond to other treatments.

The potential of Ketamine Therapy as an antidepressant was recognized more than 10 years ago. Research studies since then have provided “compelling evidence that the antidepressant effects of ketamine infusion are both rapid and robust, albeit transient,” according to a consensus statement from a task force of the American Psychiatric Association. Sanacora is one of the members of the task force.

Additional research to determine long term benefits of ketamine infusion treatments for patients of depression is essential, considering the widespread problem of depression in the US and other parts of the world. According to James Murrough, an assistant professor of psychiatry and neuroscience at the Icahn School of Medicine at Mt. Sinai in New York, there is a need to know more about ketamine.

Murrough is the author of a review of ketamine published in the journal Nature Reviews Drug Discovery. He says that large scale trials must be conducted so that it can be more clearly established how often ketamine for depression should be given for it to be safer and more effective.

However, the good news is that doctors already know a lot about the short term benefits of Ketamine Therapy because it has been used as an anesthetic in emergency rooms for decades. There is now a need to gain more information about the effects of using ketamine for years.

Still, Murrough believes that the case for using ketamine is much stronger than it was just a few years ago. The success of ketamine has pharmaceutical companies excited about the possibility of creating a whole new class of drugs for depression.