Benefits of Ketamine IV Infusion Therapy: A Spectrum of Properties That Make it Ideal For Preparing People For Major Operations

Benefits of Ketamine IV Infusion Therapy: A Spectrum of Properties That Make it Ideal For Preparing People For Major Operations 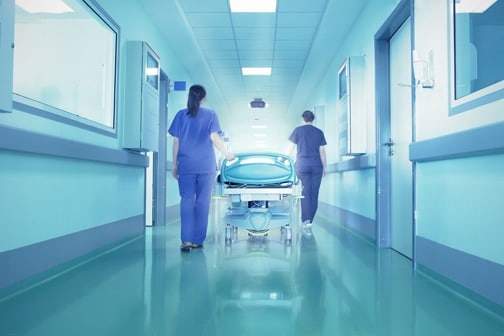 The position and unique properties of ketamine make it a class apart from similar medicines in the psychedelic category. The drug’s impact is like a combination of various qualities that are quite the same as other natural and psychedelic medicines.

Ketamine Therapy can result in a euphoric impact like MDMA, can have kambo-like anesthetic effects, lead to a cannabis-like analgesic impact, or induce strong visionary experiences like ayahuasca or ibogaine.

Ketamine is the only psychedelic drug that is available legally in the United States if a patient has a doctor’s prescription. Ketamine IV Therapy has been in use for several years now because of its effectiveness to address the symptoms of various health conditions.

In fact, it was originally used in emergency operation theaters and battlefields. The medicine is included in the List of Essential Medicines by the World Health Organization.

Ketamine Infusion Therapy is listed among the most effective solutions today for treating depression because it has empathogenic and psychedelic qualities, which can help in addressing the root cause of depression. In addition, the drug is also a catalyst for inducing unique chemical reactions in the brain, which creates a balance between the neurological systems that are linked to depression.

How does Ketamine Work?

Ketamine Therapy works as a dissociative anesthetic, which means that it helps in making the body less sensitive to pain. At the same time, ketamine induces a sense of disconnection between the body and mind. The medication is a water-soluble crystal in its pure form which can be taken orally or injected.

Ketamine’s immediate impact generally stays for approximately one hour, however, people may continue to experience the effect for several more days. When Ketamine Infusion Therapy starts to make an impact in the brain, an electrophysiological disconnection takes place between the limbic and the thalamo-neocortical systems, parts of the brain linked with emotions, memory, consciousness, motor function, and physical senses.

The sensation induces a state similar to being in a trance, akin to what someone might feel in a sensory deprivation tank, dreamy and floating. Ketamine IV Therapy also interacts with dopamine and opioid receptors in the brain, and thereby its neurological properties act as a strong antidepressant.

Research has shown that the drug has a spectrum of properties that make it beneficial for preparing patients for major surgeries and for the treatment of psycho-emotional disorders such as PTSD, anxiety, and depression.

Ketamine also induces an empathogenic impact like MDMA, which indicates that under the guidance of a medical practitioner or therapist it can be used to safely revisit psychological  trauma that is long held. When given at higher doses, it replays past memories as if someone is watching a film reel, creates vivid imagery, and provides the opportunity of experiencing transpersonal and deep experiences, which can help in breaking anxious and depressive mental cycles.

Dr. Steven Mandel receives patients from Los Angeles, Beverly Hills, Orange County, California, and other neighborhoods and towns in this region of The Golden State for ketamine infusion treatments.