Ketamine is FDA approved to treat depression – Now what? 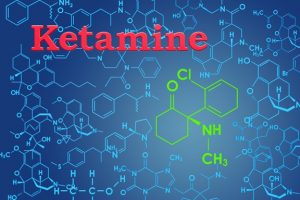 This past March, the FDA took a huge step forward in the fight against depression by approving a new drug called SPRAVATO™, literally the first time in decades that the FDA has approved a medication for depression that works in a radically different way than traditional antidepressants. Why is SPRAVATO™ different than other depression medications? SPRAVATO™ is different from antidepressants because it is formulated from the same chemical compound as ketamine, an effective and well-known anesthetic the medical benefits of which have, unfortunately, been tainted by ketamine’s reputation as a party drug.

Does this mean that ketamine been approved by the FDA for the treatment of depression? The straight answer is…“sort of”. Healthcare professionals have been successfully utilizing Ketamine Infusion Therapy, delivered in low doses directly into the blood stream via IV, for a decade or more in the treatment of mood disorders such as depression and anxiety. Because ketamine is approved by the FDA as an anesthetic, this use is perfectly legal but considered “off-label”.

By approving SPRAVATO™, the FDA has approved the use of a ketamine derivative, esketamine, for the treatment of depression. Chemically speaking, esketamine is one-half of the ketamine molecule. By isolating and patenting esketamine, the makers of SPRAVATO™—Janssen Pharmaceutical—have effectively figured out how to monetize a chemical compound that was already FDA approved, widely-used, and not covered by a patent.

How is SPRAVATO™ different than IV Ketamine Therapy?

Healthcare specialists focusing on the treatment of depression and other mental health disorders are applauding the FDA’s long-overdue approval of a ketamine-based treatment option. SPRAVATO™ has a number of benefits. Because it is a self-administered nasal spray (although only in a clinical setting under close supervision), some patients may find it easier to use and more comfortable than Ketamine Therapy, which is administered by a healthcare professional through an IV directly into the bloodstream. Additionally, because SPRAVATO™ is an FDA-approved drug, health insurance may help defray some of the cost of the treatment.

However, experts caution that there are differences between SPRAVATO™ and Ketamine Therapy. Most importantly, SPRAVATO™ may not be as effective. As a nasal spray, it is difficult to vary the dosage or to verify how much of the drug reaches the bloodstream; for example, some of the spray may drift uselessly down the throat. Ketamine Therapy, on the other hand, involves a administering a low dose of ketamine (not esketamine) through an IV. This means that the dosage can be carefully controlled, with the entire dosage going directly into the body. Moreover, the dosage can be altered if necessary during treatment to maximize effectiveness while minimizing potential side effects.

Cost may also be a factor as well. SPRAVATO™ is likely to be more expensive than Ketamine Therapy. Ketamine is, as noted above, widely available, not covered by a patent, and relatively inexpensive. The cost of Ketamine Infusion Therapy stems primarily from the cost of administering the drug: maintaining the clinic and covering the time of the healthcare professionals who administer the drug and monitor the patient before, during, and after treatment. SPRAVATO™, on the other hand, is itself extremely expensive because Janssen discovered a way to create a patent-able drug, in addition to the cost of the clinic and healthcare professionals. Thus, even if insurance covers some of the treatment, it may still prove more costly than Ketamine Therapy.

What’s next for ketamine?

Despite the continued benefits of Ketamine Therapy over SPRAVATO™, most healthcare professionals are excited by the FDA approval and many clinics that specialize in Ketamine Infusion Therapy either already are or plan to become certified SPRAVATO™ providers. The fact is that in either formulation, ketamine and esketamine both have the potential to deliver powerful and highly effective relief to patients suffering from treatment-resistant depression. At the very least, FDA approval of SPRAVATO™ legitimizes ketamine as an effective treatment option and in the best case scenario, this is simply the first step in making this powerful treatment widely available to the millions of Americans who may benefit from it.