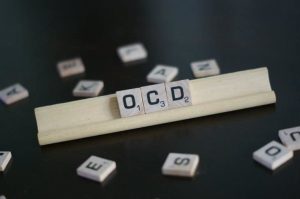 Mood disorders as well as depression are an increasingly prevalent condition in the US today. The symptoms of these conditions are often treated with conventional antidepressants, which take time to produce results. A number of patients continue to experience the symptoms even after receiving conventional treatments as well as psychotherapy.

One such mental disorder is Obsessive Compulsive Disorder (OCD), which can adversely impact a patient’s health and quality of life. The Ketamine Clinics of Los Angeles, led by Dr. Steven Mandel, is equipped to provide Ketamine Infusion Therapy in a state of the art treatment environment.

Patients in Los Angeles, Beverly Hills, Orange County, California, and surrounding locations have an opportunity to receive ketamine infusion treatments for OCD and other conditions.

What is Obsessive Compulsive Disorder (OCD)?

OCD is a disorder that may cause the patient to have symptoms of both obsession or compulsion or both. These symptoms can interfere with everyday life of the patient and affect work performance, family life and relationships. An obsession is a repetitive urge, thought or mental imagery that may create significant anxiety. A compulsion is a repetitive behavior, which a patient of OCD gets the urge to do in response to an obsessive thought.

Patients with OCD will typically have the following characteristics:

OCD symptoms could intermittently appear or, in some cases, may become worse with time. A few patients may turn to drugs or alcohol to obtain relief from these symptoms, and end up causing more self-harm. Adult patients usually recognize their symptoms of OCD, but still need professional medical help to treat the condition.

Low dose Ketamine Infusion Therapy has emerged as a safe and effective treatment for the symptoms of depression as well as other mental disorders such as OCD. Ketamine Therapy may be prescribed to a patient who has not been able to obtain adequate relief from other conventional treatments. Ketamine IV therapy can even relieve the symptoms of OCD in patients who have been labeled as treatment resistant.

In some cases, Dr. Mandel may recommend Ketamine Infusion Therapy as an early line of defense to treat OCD symptoms. As long as the treatment is performed by an experienced ketamine specialist, it will work safely, quickly and effectively, and has no long-term side effects. Dr. Mandel receives patients from Los Angeles, Beverly Hills, Orange County, California, and nearby areas for ketamine infusion treatments for OCD.

An added advantage with Ketamine Therapy over other antidepressants and conventional OCD treatments is that it will avoid undesirable side effects such as weight gain, insomnia or sleepiness, nausea, dizziness, fatigue, dry mouth, blurred vision, and suicidal thoughts.