Can Ketamine Help With Major Depression? 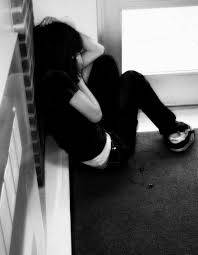 Ketamine is widely recognized and used by healthcare professionals as a safe and effective anesthetic. But wider therapeutic benefits of ketamine have been discovered by researchers over the last few years. A range of mental illnesses, including major depressive disorders, can be successfully treated with Ketamine Infusion Therapy.

As long as controlled doses are administered in clinical conditions, safe and predictable outcomes with ketamine can be achieved. Dr. Steven Mandel of the Ketamine Clinics of Los Angeles provides ketamine infusion treatments for major depression to patients in Los Angeles, Beverly Hills, Orange County, California, and surrounding communities.

Endorsement for Ketamine to Combat Depression

The American Psychiatric Association has lent its support for Ketamine Therapy as a potential treatment for the symptoms of major depression. APA published a consensus statement acknowledging that the drug might turn out to be a breakthrough treatment for severe depression, in addition to its other uses.

This should prove to be a big encouragement for ketamine specialists and researchers who believe in the significant therapeutic uses of ketamine, and are particularly enthused due to its demonstrable antidepressant effects.

The statement authors of the APA announced that seven studies, which were all double-blind, randomized, and placebo controlled, provide scientific evidence that Ketamine Infusion Therapy is a “rapid and robust, albeit transient” response to severe clinical depression. It takes only a few hours for the results to show up with this treatment, unlike traditional antidepressants that can take weeks to create any improvement.

The transient nature of ketamine indicates that it can be ideally effective with twice-weekly dosing. It is vital that Ketamine Therapy should only be administered at a professional ketamine clinic under the supervision of an experienced and dedicated ketamine treatment provider. As the ketamine infusions have to be delivered in very small doses, it allows the ketamine professional to provide this therapy as an in-office treatment.

Success with Ketamine for Depression Patients

Yale psychiatrist Gerard Sanacora is one of the leading names in the field of depression treatments, who has used Ketamine Infusion Therapy with consistent success for his patients. Even though ketamine has an off-label status for the treatment of major depression, it has not deterred Sanacora from recommending it to his patients of depression.

He says that physicians often ask him how he offers this treatment to patients with only a limited amount of research or information available about its long term efficacy. Sanacora has a clear reply for them: “If you have patients that are likely to seriously injure themselves or kill themselves within a short period of time, and they have tried the standard treatments, how do you not offer this treatment?” So, the vital question in case of ketamine is not “Why,” but “Why not?”

According to many patients and physicians, the long term risks of Ketamine Infusion Therapy, if any, are likely to be preferable to the risks that a patient face due to severe depression. The risk of suicide attempts is a real possibility in many cases. Dr. Mandel receives patients from Los Angeles, Beverly Hills, Orange County, California, and nearby areas for ketamine infusion treatments.