Terrorism Trauma and How to Treat PTSD

Terrorism Trauma and How to Treat PTSD 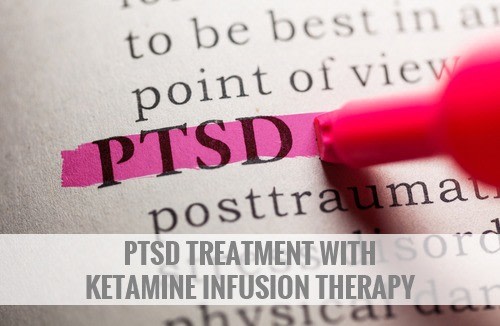 Victims of terrorism and violence, whether they are Veterans or civilians, will respond to such traumatic events in a variety of ways. They may feel fear, anger, concern, or helplessness, which are typical reactions to a violent, malicious, or traumatic terrorism-related event. In many cases, these traumatic experiences can have long term effects, which may include symptoms of Post Traumatic Stress Disorder (PTSD).

Conventional medications usually prove to be inadequate in treating PTSD, or may produce slow outcomes along with serious side effects. Ketamine infusion treatments, on the other hand, have shown tremendous promise in resolving the symptoms of PTSD in a safe and effective manner.

The victims of traumatic terrorist events, including Veterans and others, may reveal a range of reactions, such as:

Recent research has also shown that people who repeatedly expose themselves to disturbing images from TV and print media are at a higher risk of developing PTSD over a few years. If the patient already has PTSD symptoms, these may worsen if they continue to remain connected through media with the terrorism related trauma that they had experienced in the past.

Research studies show that both veterans and civilians could react similarly and have symptoms of PTSD following terrorism trauma. Professional medical attention should be sought to address these symptoms in order to improve the patient’s general physical and mental health and quality of life.

Ketamine infusion treatments are a safe, judicious, and effective alternative for patients who have not responded well to conventional treatment options for PTSD, or who wish to avoid the severe side effects associated with other treatments. Ketamine Therapy is administered through IV at sub-anesthetic doses of 0.5 mg/kg.

This low dose delivered in a controlled medical environment under the supervision of an anesthesia specialist will help to ensure that serious side effects are avoided. Such treatments can be received in-office in a comfortable manner. Some patients may experience a mild feeling of dissociation or a slight increase in blood pressure, but it will become normal in about two hours following the treatment.

One of the major benefits of ketamine infusion treatments over other therapies is that if the patient shows a positive response, the symptoms will improve within hours to days rather than weeks to months. New research suggests that just one low dose of Ketamine Therapy received intravenously for 40 minutes can lead to quick reduction in PTSD symptoms.

Ketamine Clinics of Los Angeles receives patients from Los Angeles, Beverly Hills, California, and other cities and communities in this part of Southern California for the treatment of PTSD symptoms.